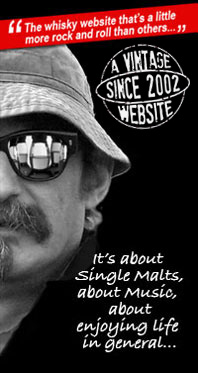 Serge reviews Wolfburn side by side

Seriously, I had first thought we’d do the most stupid session ever, young Ladyburn (we’ve got a new one – so to speak – in) vs. Wolfburn, just because of the names. But I came to my senses after having seen all those newish Auchentoshans, and thought tasting that old young Ladyburn as an interesting sparring partner would make better sense. Which leaves us with two new Wolfburns …

Wolfburn ‘Northland’ (46%, OB, 2017) Four stars A brand new release from Thurso, after the excellent first release from 2016 (WF 85). I think it’s just a new batch of the ‘regular’ Wolfburn. It’s said to be almost four years old. Colour: pale white wine. It seems that no new oak has been harmed in the process ;-). Nose: some kind of coastal pears, I’d say, with rather more malt this time, porridge, a touch of fresh mint, fresh quinces, apples, and just wee scents of the most elusive peat(iness). Then asparagus and fresh almonds, which I think I had already found in the first batch. Very coherent, in any case. Mouth: it’s really big, starting with some peppery ashes and rather more smoke than in the nose, and rather unfolds on cut grass, peelings, green plums, and then more ‘white’ fruitiness. Perhaps white cherries, perhaps rhubarb. Finish: long and more citrusy (grapefruits), with always a little bitter/green smoke roaring in the back. Bitter almonds. Comments: a rather spicy beast that did not go down the easy path. You know, vanilla and such. Same high score in my book.

Wolfburn ‘Aurora’ (46%, OB, 2017) Three stars and a halfA newer batch of the sherried Wolfburn. It seems that it’s four years old. Already! Colour: straw. So refill, or fino/manzanilla. Nose: it’s more rounded, a little leathery and buttery at first sniffing, but fresh malt and Seville oranges mingled to perfection here. Porridge-y oranges, perhaps? A little fresh gingerbread and a little pear and melon. Certainly a gentler Wolfburn. Mouth: oh mushrooms! Could we talk to the casks? And chestnut honey, spicy bread, and more bitter oranges. There’s really the same pleasant bitterness as in the Northland. Finish: long, spicy. Once again a bitter smoke in the back, but not enough to warrant an SGP of **2 (if you ever care). And more bitter oranges. Comments: I tend to like the straighter ones better when the distillate’s great – which is the case here – but this very lightly sherried baby sure rocks.