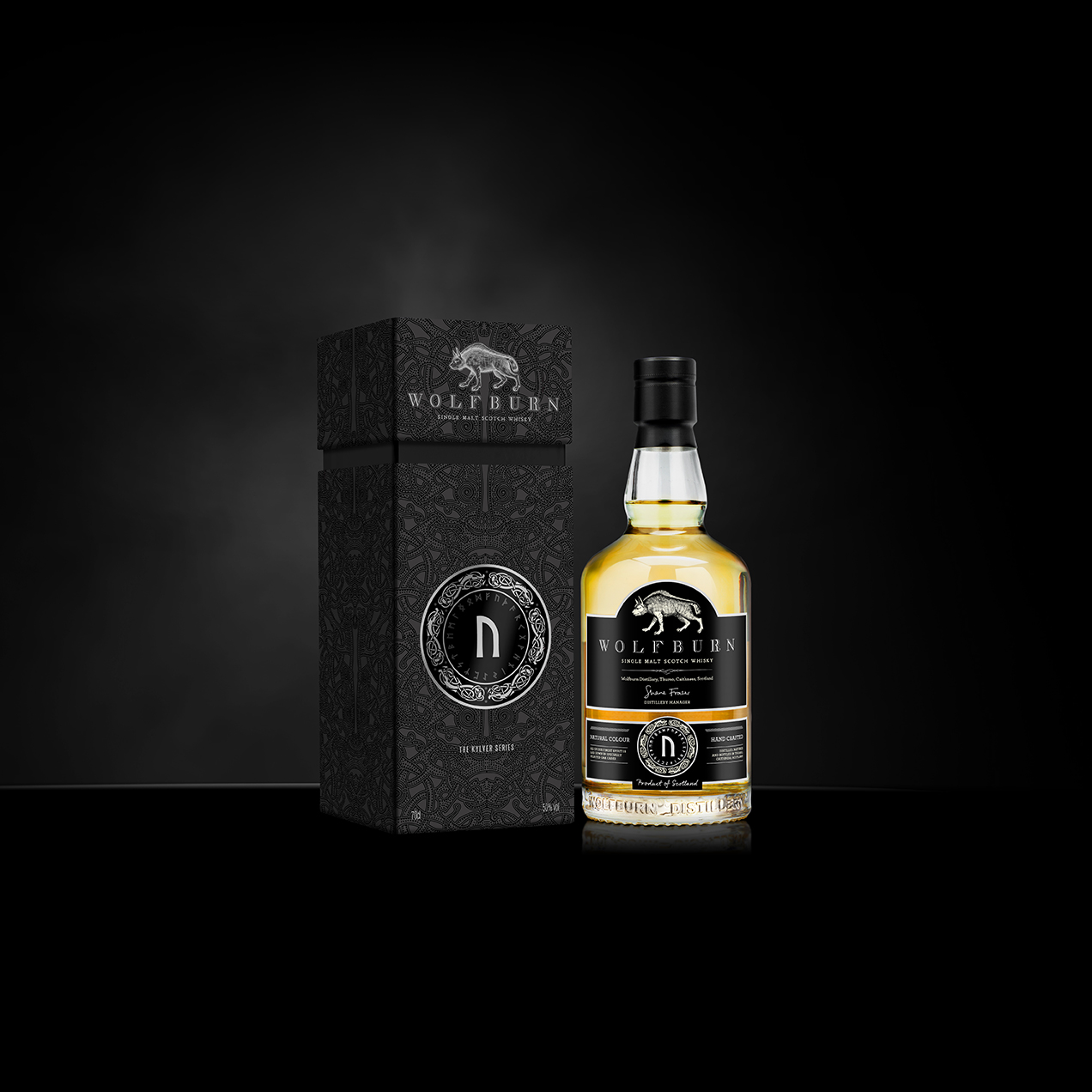 Wolfburn have some pretty big shoes to fill – their own. Blasting onto the scene in 2016, their initial two general releases: Handcrafted (now renamed Northlands) and Aurora were both impressive and belied the commonly held assertion that older is better. Now as word of Wolfburn’s quality starts to spread, the distillery is back with its first 2017 bottling, the 2nd release in the Kylver Series.

The Kylver Stone is 5th Century runestone discovered in a grave on the island of Gotland, south of Sweden in the Baltic Sea. It is the oldest known example of a Germanic rune series and, given that the inscription was made on the inside of the limestone grave, it was probably intended to either protect, or bind, the dead person entombed within. Wolfburn’s Kylver draws on this history with the full Kylver runic inscription presented attractively on both the packaging as well as the bottle itself.

Kylver#2 is created from three different casks: a second-fill 500 litre ex-Oloroso sherry butt, and two 200 litre ex-bourbon barrels. The Oloroso sherry butt was found to be highly active and despite being second fill, had achieved a level of maturity normally expected from eight to ten years of laying down. Wolfburn speculate that the butt was probably only briefly used on its inital fill for a short finishing period, therefore leaving the cask still very fresh, but eitherway finding a fully mature cask after just four years is unusual. Given the barrel sizes used, this unexpected sherry butt therefore forms the heart of Kylver#2.

Nose: Both pineapple and coconut come across stongly. Ginger spicing takes in dried fruits and a hint of earthiness and soil. Resting moves the aroma away from tropically-led notes towards pear drop sweets.

Taste: Controlled and restrained sherry underpins a more herbaceous delivery which is both fresh and sappy. Dried figs and very well balanced vanilla. The idiosyncratic Wolfburn spirit is discernible throughout and never lost amongst flavours which grow in complexity in the glass over time.

Takes the sherry chromosomes of Wolfburn Aurora and uses a fortuitous butt to sequence a different type of release which is even more impressive. On the one hand this is tremendously drinkable, on the other its a dram to sit, rest and allow to develop further – such is the great balance of this whisky. Whilst Wolfburn once again effortlessly fill their own shoes, you can leave me with the Kylver and I’ll fill my boots.