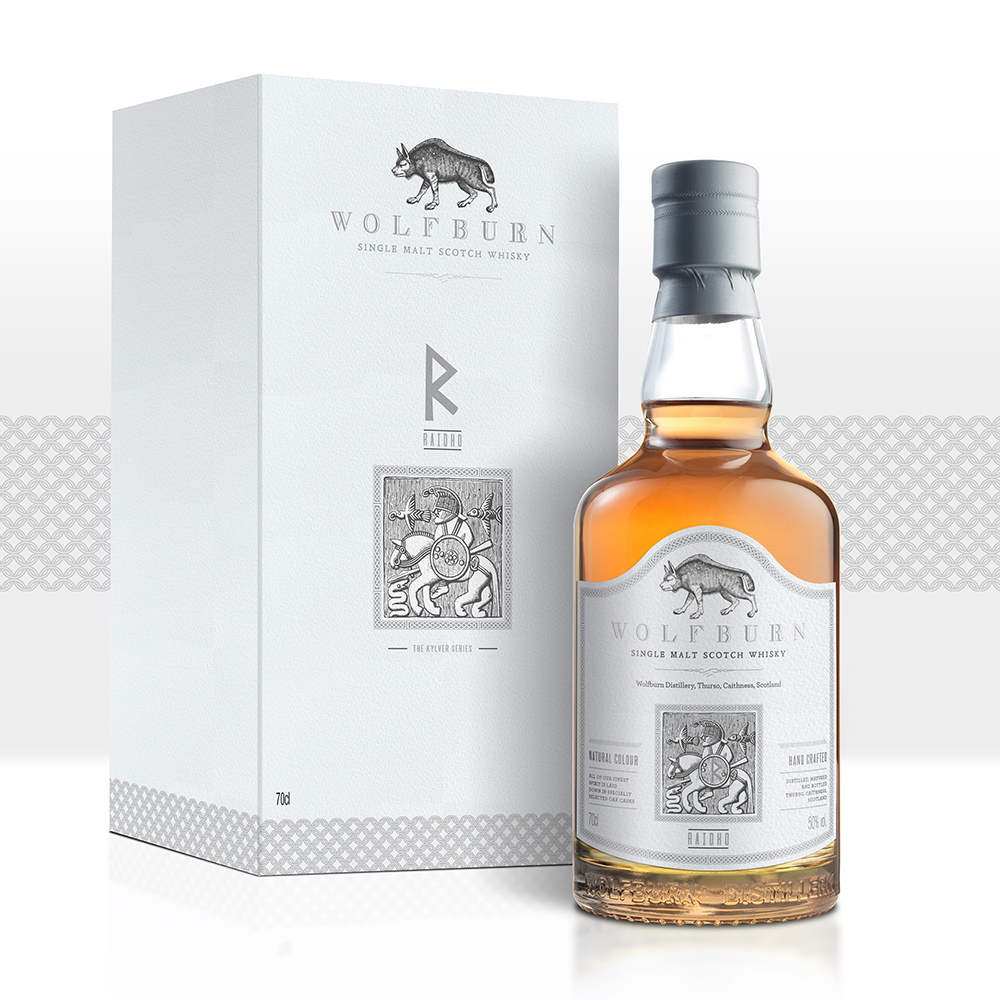 The fifth instalment in Wolfburn’s renowned collectors’ series will be released during August.

Kylver#5 is named after the fifth runic letter in the Kylver alphabet, Raidō, which means ‘to ride’ or ‘journey’.  To quote a poem from the Viking era which uses the Raidō rune, “Riding seems easy to every warrior while he is indoors, and very courageous to he who traverses the high roads!”

The whisky inside the bottles has been crafted from a combination of first-fill bourbon and Pedro Ximénez sherry casks. The result is a truly beautiful dram with a glorious depth of flavour. On the nose you’ll sense fruitcake and almonds, while the palate opens up to reveal butterscotch, dried pears, marzipan and toffee. The finish brings hints of oak and vanilla. The sherry influence is there throughout – it’s a real treat.

Together those bourbon and PX sherry casks are expected to produce only around 900 bottles, which we’re sure will sell out very quickly indeed.  We’ll send out a separate email when they’re ready to order, so keep your eyes peeled!