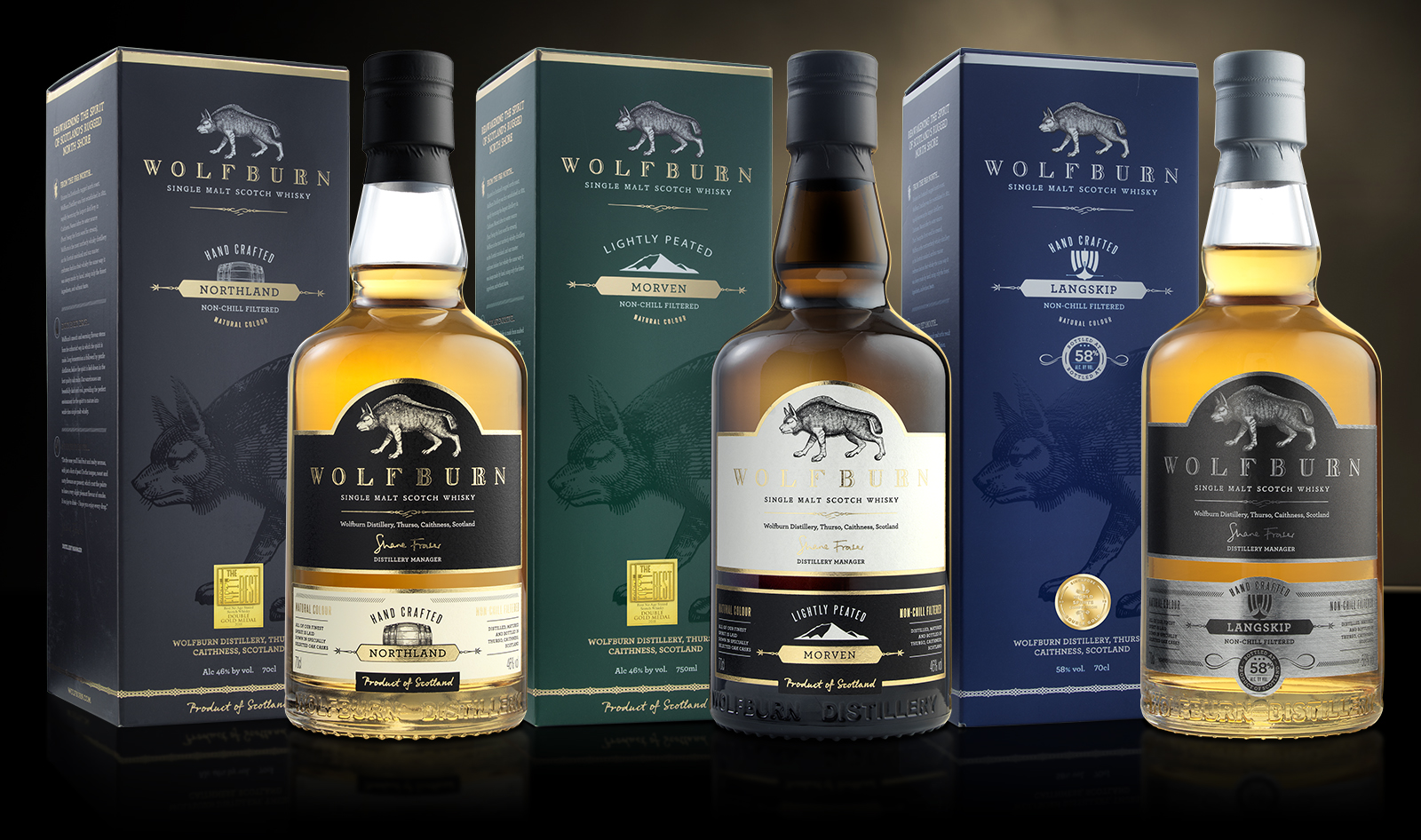 Followers of Wolfburn will soon see gold medal stickers adorning our bottles, after a series of wins in some hugely influential spirits competitions.

Wolfburn’s Langskip single malt whisky has scooped the coveted ‘Best In Show’ award – and won a double gold medal – at the Singapore World Spirits Competition. Langskip also surpassed 29 other brands to be voted ‘Best Scotch Whisky’. It is the second such honour awarded to Langskip following its 2018 release, having already been awarded a double gold medal at the 2018 FiftyBest awards in the US.  Our Northland expression also took top honours at the FiftyBest awards, with Morven following close behind with a gold medal of its own.

The distillery itself has also been bestowed with honours, recently being acclaimed ‘Best Scotch Craft Distillery in the World’ by the highly prestigious Tokyo Whisky and Spirits Masters.

Here is a list of our awards to date;