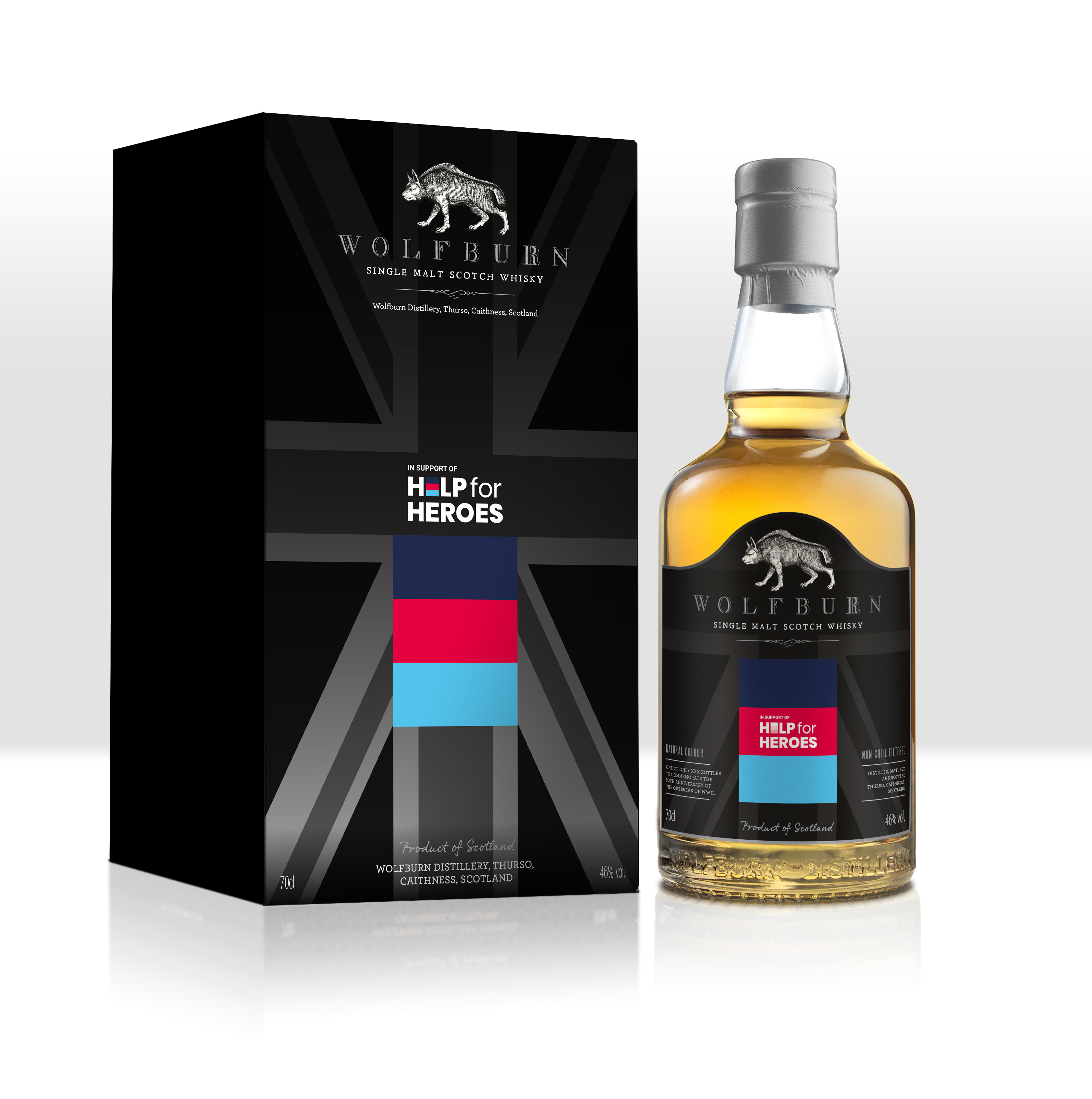 Following the success of last year’s charity bottling for PoppyScotland, the second Wolfburn charity bottle will be released in early October, in aid of Help For Heroes.  Like the previous edition, this one has also been produced in partnership with Carnegie Whisky Cellars of Dornoch, and our aim is to raise £10,000 for H4H between us.

Inside the bottles, the whisky has been crafted from a combination of first-fill bourbon and Oloroso sherry hogsheads. On the nose, the aroma is a subtle cross between sweet and spicy; heather honey mingling with traces of cardamom and nutmeg.  It’s on the palate that this whisky really excels though, with a host of flavours bursting through. Rich bourbon notes are complemented by vanillin and a subtle oak smokiness, while the sherry wood imparts a beautiful smooth sweetness to the mix; think golden syrup with a touch of butterscotch. It’s truly glorious.

This autumn marks 80 years since the outbreak of the most destructive conflict in human history: the Second World War.  In honour of service personnel past and present we’ve produced a total of 1939 bottles. They will go on sale next week – a separate email will go out to registered followers announcing the release.  If you are not already registered and would like to be directly notified of this and future distillery releases, please click here.