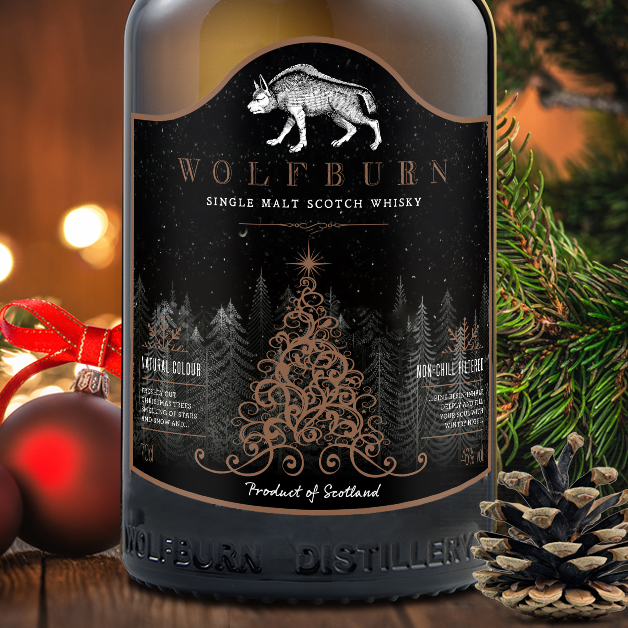 We did our first Christmas release in 2017, and if we’re honest it was really only to round off the seasonal series: the Spring, Summer and Autumn editions were produced for visitors to the distillery, and since we don’t get many tourists in winter, some bright spark came up with the idea of a Christmas bottling… and it’s been growing in popularity ever since!

This year’s release consists of 450 bottles.  It’s been crafted from lightly peated spirit matured for a little over four years in a combo of first- and second-fill bourbon barrels.  The peat is immediately evident on the nose – but not overpowering – and the bourbon casks lend the spirit a juicy sweetness.  Here are Mark’s tasting notes, which rather neatly sum up this lovely seasonal dram:

“Peat is of course the first thing I get on the nose, but it’s not heavy and immediately afterwards I’m picking up autumn fruits and berries. On the palate, dare I say it, I’m getting Christmas cake flavours: sultanas and a hint of marzipan! There’s a creamy texture to the spirit, it really develops gently and the trick is to give it plenty of time to unfold. The finish is smooth and long, and there’s a lingering hint of toffee right at the end. It’s just the thing for the festive season!”