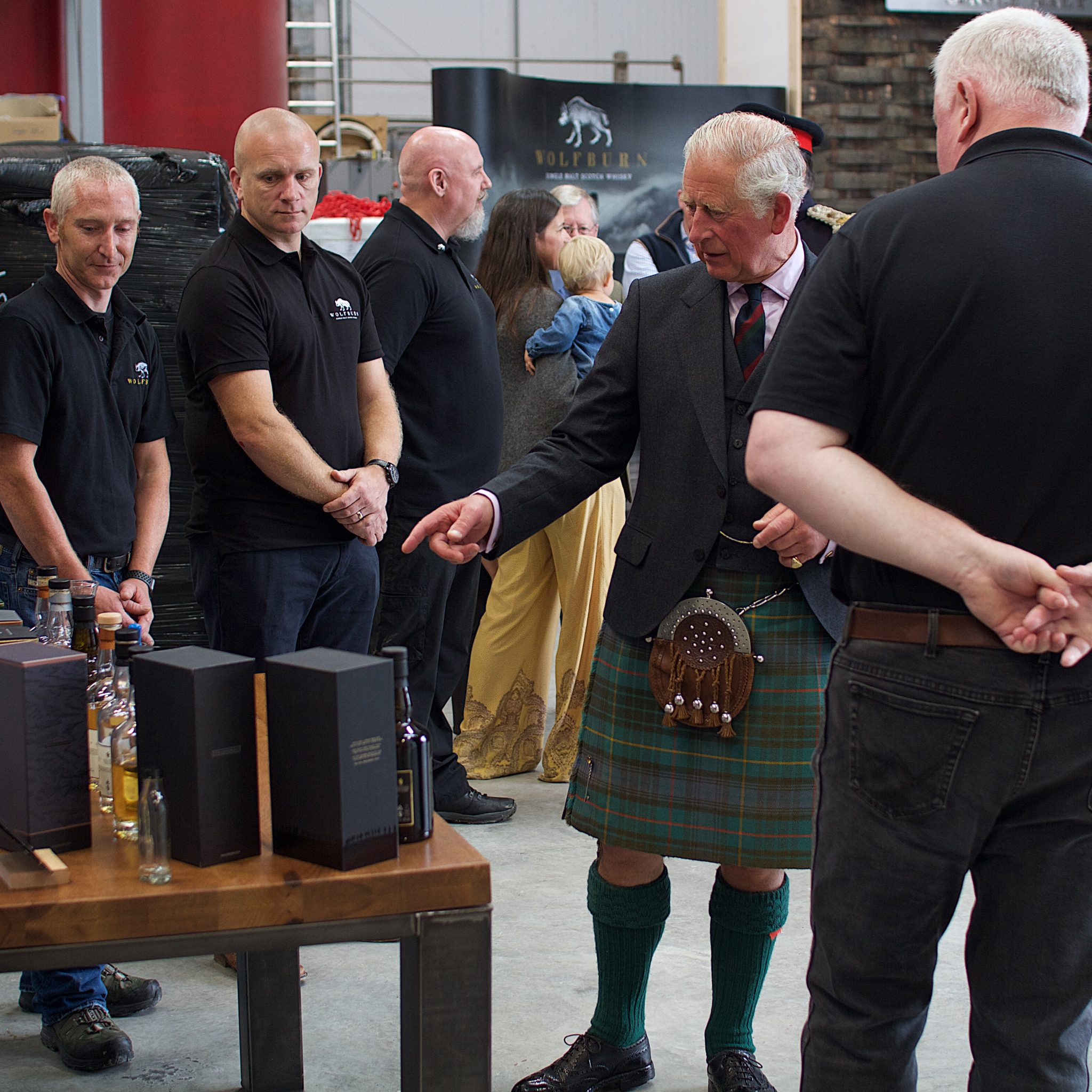 That Was The Year That Was

We’re getting used to the idea that things keep growing around Wolfburn, not least the number of fans of our whisky worldwide!  2019 has been such an amazing year and it’s gone past in such a blur that we thought a brief recap might be appropriate.

We kicked off the year by releasing Batch 375, which was hugely well received all over the globe – it was also the first small-batch release to make it to America, with orders coming from both the USA and Canada.

Spring saw the distillery elevated to a Four-Star Tourist Attraction by VisitScotland.

May saw the inaugural Highland Whisky Festival, for which we did a special release – which was shortly followed by our summer release, and the revamp of the distillery shop. Summer 2019 saw a record number of visitors – including HRH Prince Charles!  His visit was an absolute pleasure, with many drams being enjoyed, and a huge amount of positive press coverage afterwards.

The Mey Games followed shortly afterwards, and early autumn saw the release of Kylver#5, perhaps the best received Kylver bottling to date – it sold out in minutes!

In September we released our second charity bottling: Help For Heroes, which has been hugely well received and raised several thousand pounds for a very good cause. We still have some available to buy on our website.

On top of all the above we’ve done special bottlings for the German, Swiss and Japanese markets, and a series of single casks for countries as widespread as South Africa and Belgium.

All the time, sales of our core range (Northland, Aurora, Morven and Langskip) have kept quietly growing – believe it or not, Wolfburn is now sold in 27 countries globally!

And if the above wasn’t enough to keep us busy, we’ve just launched an online shop: www.wolfburn.com/shop

Thank you to all our followers and supporters for your kind words and loyalty over the year; it has been quite simply brilliant!