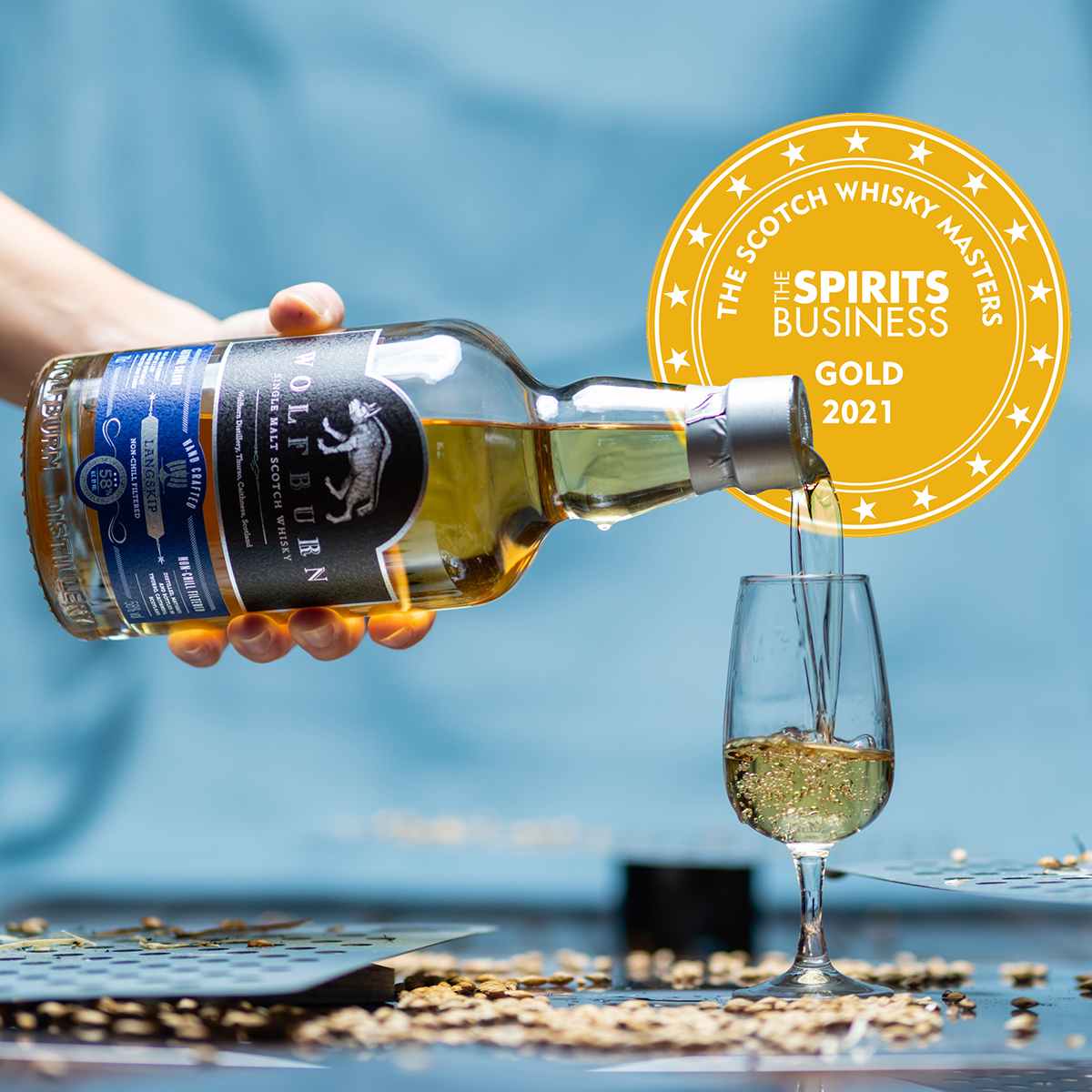 Langskip is Wolfburn’s flagship single malt whisky, being matured for six years in top-quality bourbon barrels and bottled at a premium 58% ABV, to ensure a huge depth of flavour.  ‘Whisky fans globally have been enjoying it since launch three years ago,’ comments Mark. ‘It’s a consistently strong seller and benefits from being almost cask strength. Hopefully this latest award helps get it into the hands of some new fans!’