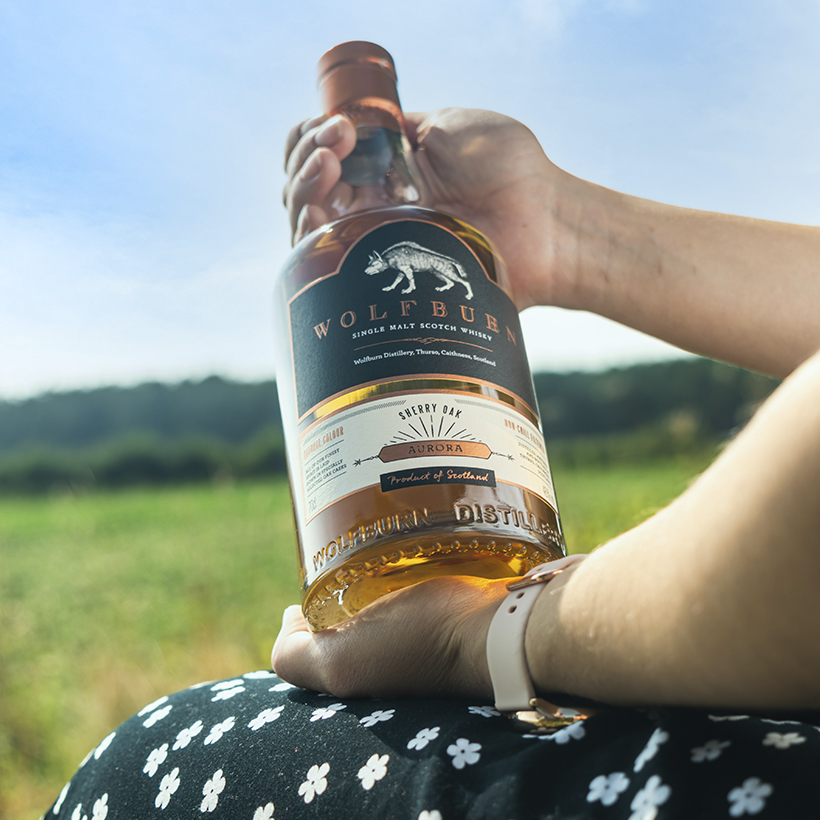 For the past two years Aurora has been our best-selling core expression. Its unique flavour derives from Wolfburn’s signature sweet, smooth spirit, part matured in fresh Oloroso sherry hogsheads, which are sourced directly from the bodega of José y Miguel Martin in Jerez. Since its launch back in 2016 the proportion of sherry-matured spirit has been roughly 30%. We have now increased this to 50%. The additional sherry influence gives it a delicious extra sweetness and greater depth of flavour. To guide you through the new Aurora, here are Mark’s tasting notes:

COLOUR:
The colour is only a smidge darker than the previous version, but the flavour is noticeably richer. Sherry notes were always there, but the extra Oloroso influence really shines through.

NOSE:
The original Aurora had lovely soft sherry aromas, but it’s richer and more noticeable in this new version. Hints of dried fruit and honey are also present, accompanied by subtle overtones of treacle and golden syrup. So far so very good!

FINISH:
The new version of Aurora has a longer and more delicate finish than previously. Soft floral notes are accompanied by sweet caramel, which gradually fades leaving just a hint of heather honey at the end.

Customers in the UK can buy Aurora direct (customers outside the UK will be able to buy via their usual retailer/stockist).