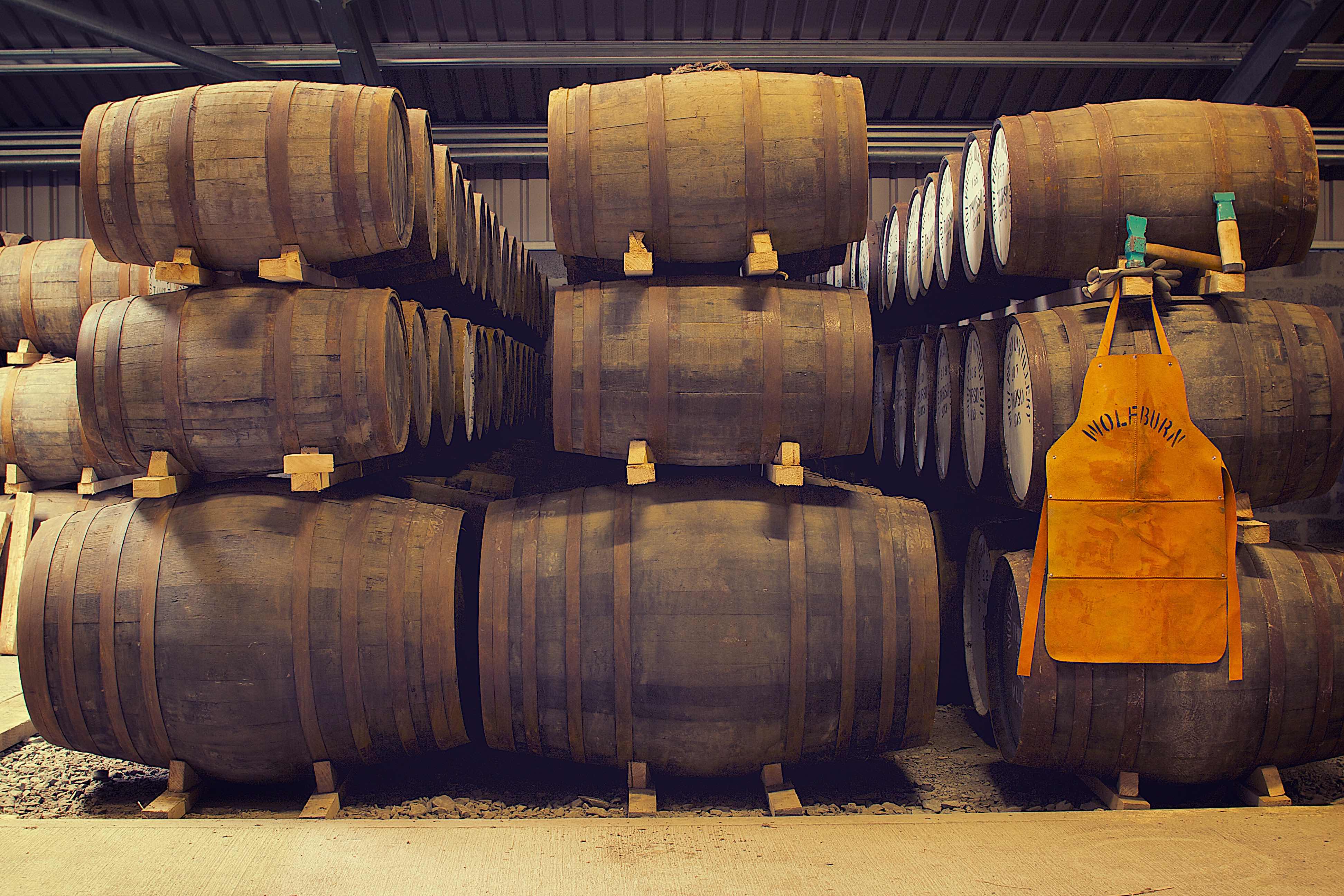 I’ll admit I was first drawn to Wolfburn by the name, which I reckon may have set a new distillery standard! They’re based up in Thurso, which means they’ve taken Pulteney’s crown as Northernmost Mainland Distillery, and if you want to try and take that title off them you’ve probably got about a kilometer or two of wiggle room at the most before your feet get wet!

Unfortunately when I made my recent journey to the distant North I wasn’t organised enough to sort out a meeting with the Wolfburn Team, so I’m really thrilled and honoured that they’ve let me ask their distillery manager Shane Fraser a few questions about the process of setting up the new distillery, and beginning the Whisky production. I’m hugely grateful to Shane for taking the time to provide the answers below, and I can’t wait to visit the distillery in person and sample the malt. Happily their general release in March will be before my pilgrimage comes to an end in December 2016, so I’ll definitely be heading their way!

Hi Shane. Firstly thanks so much for letting me ask a few questions! So if I could kick off by asking what the backstory is to setting up the Wolfburn Distillery, how you came to be involved and what drew you to the project?

A: As my career in whisky progressed I gained plenty of experience of managing distilleries – so it was a logical step to help create one from scratch. It was also a huge opportunity – new scotch whisky distilleries aren’t born every day, or even every year. From a professional point of view it’s been a very enjoyable challenge to create a unique whisky profile without a template to follow.

What have been the main challenges involved in setting up a new distillery?

A: There have been plenty! Starting at the beginning it was figuring out what size plant to build, how big the vessels and stills should be, and where they should be located within the stillhouse. It was a completely blank canvas. Then of course – most importantly – we had to work out what kind of whisky we wanted to make, and adjust the milling, mashing, fermentation, distillation – everything, in fact – until we got the desired result.

And what has been the part you’ve enjoyed most?

A: Achieving the result.  I will never forget nosing and tasting the new make spirit when it first entered the spirit safe, and realising we had produced exactly what we wanted: a beautiful light spirit, with a wonderful malty aroma. It really is something special.

Obviously the spirit distilled thus far still hasn’t reached Whisky age yet, but what sort of a Scotch can we expect from Wolfburn in terms of the style of the new make, peated/unpeated and what sort of casks you’re using?

A: It’s a traditional Highland spirit, smooth yet complex at the same time. There are floral and nutty elements, and just a hint of smoke even in our unpeated expression. We’re now doing a few weeks of lightly peated production each year. Nothing heavy, it’s only 10 parts-per-million phenol, but it adds a wonderful depth to the whisky. The first batch of this is maturing spectacularly well – it will be ready for release in 2017.

You’ve had an amazing career with a few other distilleries prior to taking the reins at Wolfburn – are there any whiskies that are particularly inspiring/influencing the Wolfburn style?

A: I think I’ve taken some lessons learned from every distillery I have worked at for the past 25 years. Wolfburn’s spirit is not modeled on any other whisky though. It’s unique; it has a profile all of its own. We’re very very proud of it.

Several of the best Distilleries in Scotland and indeed the world are in the Highlands North of Inverness and Orkney Islands – do you foresee Wolfburn reflecting its ‘sense of place’ and if so how?

A: You’re right, we are in vaulted company in the far north. Our job is to create the best whisky we can. I guess ultimately our success will be for others to judge. But I’m delighted with the reception our spirit has so far achieved; people have said some fantastically positive things about it, which bodes very well for the future.

Most importantly, when are we going to be able to try some Wolfburn?

A: Come and visit us in Thurso and you can try it anytime*!  We’re also exhibiting this autumn at whisky shows in Paris, Frankfurt, Zurich and Amsterdam.  Our whisky will be on general release from March 2016, and will be available worldwide.

Finally, what would be your ‘desert island dram’?

A: I think Wolfburn’s inaugural release will be something very special. For me, having been involved with it every step of the way, it’s probably the most satisfying whisky in the world.

Thanks again Shane – all the best for the remainder of the project – can’t wait to taste the Whisky and visit the Wolfburn Distillery!