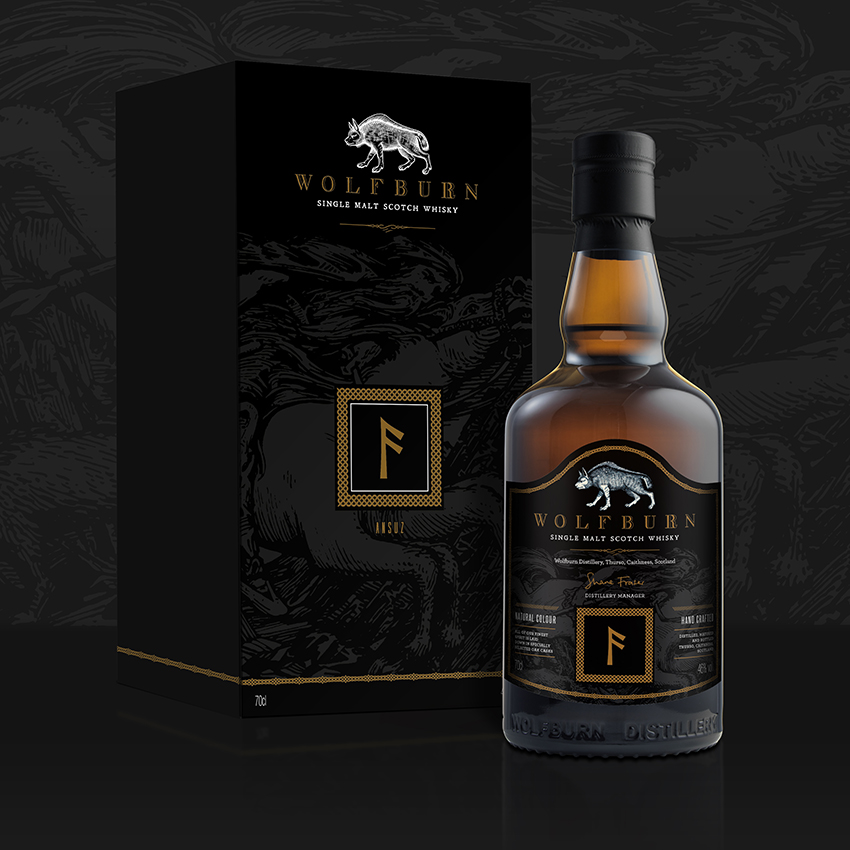 Kylver#4: the whisky and the rune

The fourth instalment in the Kylver collectors’ series has been crafted from lightly peated spirit, matured for around four years in a combination of first-fill bourbon barrels and second-fill quarter casks.  It’s the first Kylver release to be made from peated spirit and thus the first in a dark green bottle (a green Wolfburn bottle generally indicates a peated expression inside) and is – to quote our own Charlie Ross “A very easy drinking dram indeed – enough smoke on the nose to be interesting, but not enough to hide a lovely depth of floral flavours.”

Most readers will already know that the Kylver series follows the Viking runic alphabet engraved on a large stone excavated in Gotland (Sweden) in 1903.  The fourth symbol  is called “Ansuz”, which roughly translates as “god” or “gods”.  A singular god in Viking times generally meant Odin – a prominent Norse god associated with battle, sorcery, poetry and wisdom.  We like to think he’d have been wise enough to enjoy a dram of the Kylver release named after him!