In 1821 William Smith founded a distillery on the outskirts of Thurso and named it Wolfburn after the watercourse it drew from, “burn” being the Scots word for stream or small river.

The distillery was constructed from hardy local Caithness flagstone and the remains of its foundations can still be seen today. Smith invested heavily in Wolfburn and it quickly became a significant producer of malt whisky – tax records from the early 19th Century show it being the largest distillery in Caithness. In 1826 its annual production was 28,056 “Total Gallons of Proof Spirt” – roughly 125,000 litres.

The new Wolfburn distillery building is just a short walk along the burn from the old site towards the sea.

Smith invested heavily in Wolfburn and it quickly became a significant producer of malt whisky – tax records from the early 19th Century show it being the largest distillery in Caithness.

Wolfburn distillery was kept in the Smith family until at least the 1850s, when production seems to have ceased. The exact date of its closing is lost in time, with some records indicating that it may still have been producing whisky in the 1860s. In 1872 the first Ordnance Survey map of the region was published and this showed the distillery to be in ruin, yet in 1877 when the next edition of the map was released the words ‘in ruins’ had been removed. It may be that the distillery worked intermittently towards the end of its past life.

Wolfburn Distillery is founded by William Smith in Thurso

The distillery receives its first licence to distil

27,500 gallons of Wolfburn Whisky are made

5,000 bottles of whisky are being drunk every week in Caithness

William Smith, founder of Wolfburn Distillery, is laid to rest in the old St. Peters church in Thurso

The Herring boom reaches its peak. More than forty pubs are operating in nearby Wick

After 15 years of construction, Big Ben is completed

Distilleries all over Caithness close as prohibition takes hold in Caithness

Wolfburn goes back on spirit after 157 years

Wolfburn is awarded its 8th Gold Medal for Excellence

Wolfburn’s 200th Anniversary is marked by an exclusive, limited-run release 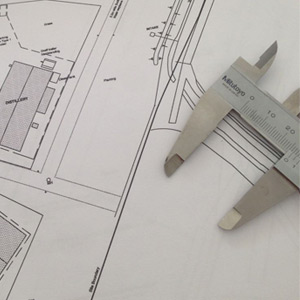 Planning is submitted for the new Wolfburn Distillery. 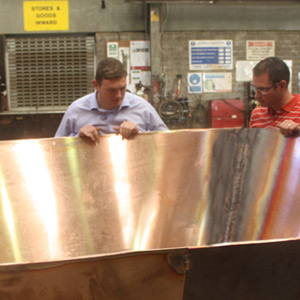 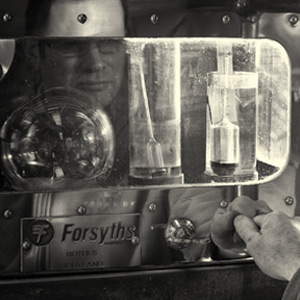 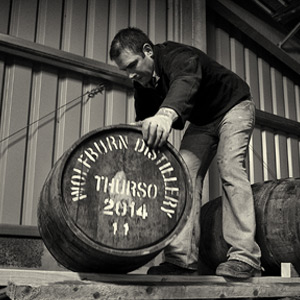 The first peated Wolfburn spirit is laid down. 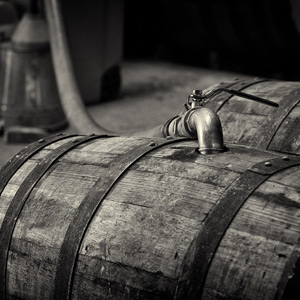 The last cask is laid down in warehouse number 1. 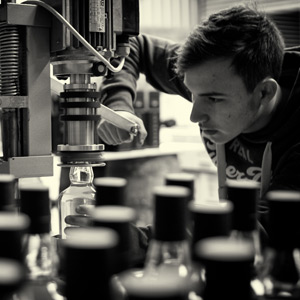 Northland, our first single malt scotch whisky is bottled on site and released. 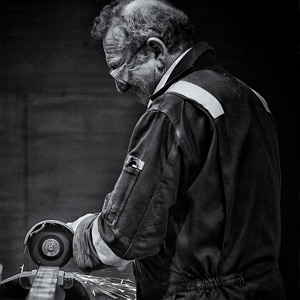 Wolfburn Distillery continues to expand with the construction of warehouse 3. 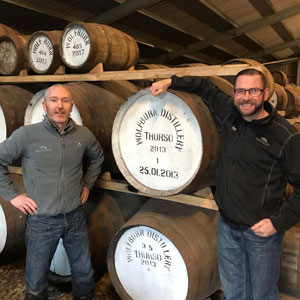 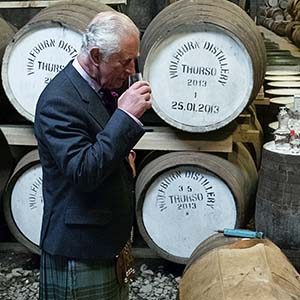 H.R.H. The Prince of Wales applies for a position at Wolfburn. 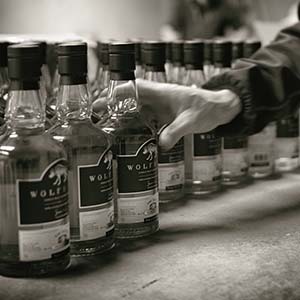 The Corona year that never was. Wolfburn battens down the hatches and keeps going. Our loyal fans make a huge difference. 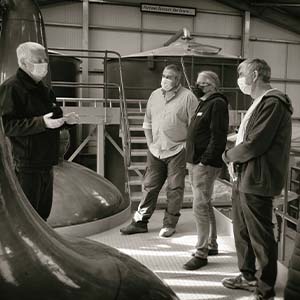 A brighter summer and Wolfburn welcomes visitors once again.

The Wolfburn logo was designed in 2011 and is taken from a drawing by Conrad Gessner, the 16th Century linguist and zoologist, and appears in his work The History of Four-footed Beasts and Serpents. In Gessner’s day the wolf was a common sight in the far north of Scotland and on the coast it was said to have a supernatural relative: the sea-wolf.

The sea-wolf is also said to bring good luck to all those fortunate enough to see it.